Have you seen the promos for the upcoming movie, "War Room"?  Something about that preview got on me immediately.  It is about the power of prayer, better yet "a prayer strategy."  I have watched this preview so many times.  The old church mother said, "It is time to take off your gloves and fight."  Then she said that just because we fight, it doesn't mean we fight well.  She said something right there!

Christians, yeah...we fight dirty too!  We hit below the belt because we know it hurts our opponent (usually our loved ones), and because it is often a guaranteed win.  But is the win really worth it when there is a risk to lose a lot? We have to learn that fighting is the spiritual realm is so much greater than fighting in the flesh.  We have to be intentional and purposeful in our prayer journey.  I will admit, prayer is not something I am really intentional about even though I pray often.  Some days, I believe about 50 percent of my day is spent whispering some type of prayer, particularly when I am under spiritual attack.

Prayer should be time set aside, uninterrupted, with God.  We are to make our requests known to Him - up close and through personal relationship. (As I am typing this, my husband is singing William McDowell's "Show Me Your Face" and it has made me smile. He has his headphones on and has no idea that his William McDowell is warring with my John P. Kee.)

We have a spare bedroom that is really my husband's office with a bed in it.  He is a video editor and often "takes a nap" when his projects are rendering in the wee hours of the morning.  I went into the room one evening and realized that he was in there, but I couldn't see him.  I saw a light on in the closet.  As I opened the door, he was coming out of a prayer.  I looked in there to see that he had created a "war room" or a prayer closet.  Sticky notes were on the wall filled with various prayer requests. Another sticky note had answered prayers listed on it.  But it was the bottom two notes that really spoke to me.  Our six-year-old daughter had posted her prayer requests.  She's a daddy's girl, but I didn't know she was that much of a daddy's girl! We have taught our daughter that she should always speak directly to God so that He is familiar with her voice and she becomes familiar with His.  The fact that our baby girl is warring on behalf of many of our family members warms my heart.

I have yet to see the movie, but I am certain that the Kendrick Brothers have done it again!  One day, I will share the story of how "Facing the Giants" changed my heart.  Until then, put your dukes up...and prepare your war room! It's praying time.

"Show Me Your Face"
https://www.youtube.com/watch?v=yTXlqgNAYXA

But when you pray, go into your room, close the door and pray to your Father,
who is unseen. Then your Father, who sees what is done in secret, will reward you. 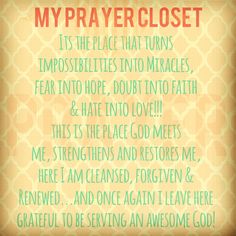 Posted by The 'After Church' Experience at 9:13 PM