ACE #431: Are You Determined to Do Good Anyhow?

The other week, a lady stopped by our church and asked for gas money to get to her son. None of us had any way of knowing if she was telling the truth or not. Some said we should have driven her to the gas station and pumped the gas for her. Others felt we should have questioned her more.


But this is how we responded:
1. We asked her what her need was.
2. We granted her request exactly.
3. We prayed with her.
4. We ministered to her.
5. We gave her some Christian literature and a gospel CD.
6. We blessed her coming and going.

Here's the thing, if YOU do something out of the goodness of YOUR heart, then THEIR motives don't matter. Basically, we gave the lady whatever we had.

Every gesture does not have to be GRAND to be good.  God blesses the cheerful giver...it's part of your seed!

So, today, just DO GOOD unto others...anyhow! 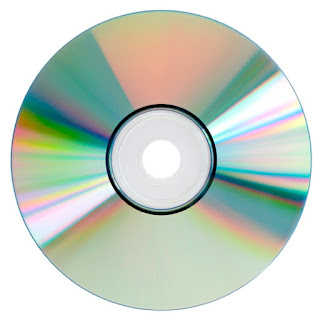 41 Jesus sat down opposite the place where the offerings were put and watched the crowd putting their money into the temple treasury. Many rich people threw in large amounts. 42 But a poor widow came and put in two very small copper coins, worth only a few cents.
43 Calling his disciples to him, Jesus said, “Truly I tell you, this poor widow has put more into the treasury than all the others. 44 They all gave out of their wealth; but she, out of her poverty, put in everything—all she had to live on.”

Posted by The 'After Church' Experience at 11:16 AM No comments:

This past weekend, our Women's Ministry hosted the Women's Spiritual Boot Camp 2 celebrating the theme, "Refreshed, Renewed and Refined for the Journey".  It was the second installment of a series that God led me to organize for spiritual growth - not just for our church, but also for the community.

The last two weeks have been tough for many communities across the United States and for the nation as a whole.  We have been a nation divided against itself where #BlackLivesMatter, #BlueLivesMatter, and #AllLivesMatter.  I find myself weary of the divisiveness, but equally weary of the level of hatred, racism and vengeance that has permeated the atmosphere for even those of us that call ourselves Christian.  In times such as these, I am always mindful to search the Scriptures for answers.

The Word of God says:


2 Chronicles 7:14 (NIV)
14 if my people, who are called by my name, will humble themselves and pray and seek my face and turn from their wicked ways, then I will hear from heaven, and I will forgive their sin and will heal their land.

But the people of God must fall prostrate in His presence in humility and in submission to His perfect will and His way...and begin to pray for the healing of the land.

In the words of Dorothy Norwood:

The "church" is the body of Christ, not the building.  WE ARE THE CHURCH...all of us.

So, let us pray, Church!


Posted by The 'After Church' Experience at 11:31 AM No comments:

ACE #429: So You Don't Like Being in the Second Place Position

For the past few months, we have watched our daughter compete in Track & Field.  She has done exceptionally well in her first year of competitive sports.  For some strange reason, she always comes in second or third place in her events.  Nevertheless, she has received medals and ribbons.  We have expressed to her that there is nothing wrong with not coming in first in everything. Just do your best.  But it also made me mindful that second place has its place.

Joseph was appointed as  second in command even after he had a felony conviction.  God made it so that people had to bow down to Joseph whenever they were in his presence.  But it was Joseph's second place position that gave him the authority to make life and death decisions on behalf of Pharaoh and all of Egypt.

David was a shepherd first, then an armor bearer, then a warrior, and THEN a king.  David was anointed while in the low position - a shepherd - which was often a job for servants.  Did you catch that?  If you have a problem being in the second place position, then you are not fit to be in the high seat.  Until you are content with being a servant...you are not truly deservant.

37 Joseph’s suggestions were well received by Pharaoh and his officials. 38 So Pharaoh asked his officials, “Can we find anyone else like this man so obviously filled with the spirit of God?” 39 Then Pharaoh said to Joseph, “Since God has revealed the meaning of the dreams to you, clearly no one else is as intelligent or wise as you are. 40 You will be in charge of my court, and all my people will take orders from you. Only I, sitting on my throne, will have a rank higher than yours.”
41 Pharaoh said to Joseph, “I hereby put you in charge of the entire land of Egypt.” 42 Then Pharaoh removed his signet ring from his hand and placed it on Joseph’s finger. He dressed him in fine linen clothing and hung a gold chain around his neck. 43 Then he had Joseph ride in the chariot reserved for his second-in-command. And wherever Joseph went, the command was shouted, “Kneel down!” So Pharaoh put Joseph in charge of all Egypt. 44 And Pharaoh said to him, “I am Pharaoh, but no one will lift a hand or foot in the entire land of Egypt without your approval.” 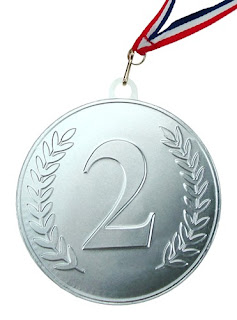 Posted by The 'After Church' Experience at 10:53 AM No comments: