ACE #451: When Your Uterus Just Does Not Cooperate

I had it all planned out. The white picket fence. The millionaire, superstar husband. Because who doesn’t want to marry a Denzel-ish kind of dude. But the 2.5 kids was really the non-negotiable. After all, my mom had three kids, my maternal grandmother had four, and my paternal grandmother had seven. Having a baby should not be that difficult, right? It ran in the family.

As I watched Gabrielle Union sit with Oprah and talk about her journey to become a mother, it resonated with me painfully. Because, honestly, when I think about infertility, I just can’t fathom that any one woman really thinks at a young age that she will not be able to get pregnant and carry a child in adulthood if she chooses. It is usually society’s expectation. It is usually our own expectation. You know...as women.

But, somehow, it just seems different for an everyday, 9 to 5 person like me walking through the struggle of infertility versus that of a celebrity. Celebrities seem to have the financial means to make everything happen that ordinary, everyday people can’t. I would never downplay any celebrity woman’s struggle either because what I realized is that heartache and pain are certainly universal. No amount of money or lack thereof can take that away.

Why would I write about this? Well, because, sometimes people are insensitive and downright rude. We were asked many times when we first got married, “So, when are you having a baby?” Many times I wanted to yell out, “When my uterus decides to cooperate.” Nobody truly knew the struggle. Nobody. If I’m being honest, a barren woman wasn’t just cloaked in shame in biblical times; it is still the reality in 2019.

I just want to say to the women who are in the struggle, don’t give up hope. But most of all, don’t give up your joy in the process. You’re just as much a woman, a whole woman, without giving birth. Hold your head up high and keep loving…you…your spouse…your life…your future.

To get the full story of my journey to become a mother, you can read “And a Happy New Year” in From the Test to theTestimony: An Anthology of Women’s Faith Stories.
I hope it blesses you. 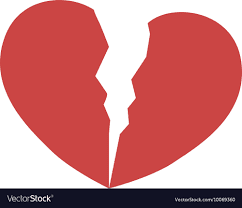 Luke 1: 25
"The Lord has done this for me," she said. "In these days he has shown his favor and taken away my disgrace among the people."